Dawn Chorus is an audiovisual performance in which light and sound mutually influence one another in a feedback loop. In the performance, I play a small light-sensitive synthesizer that sits within the throw of a live projection whose patterns are visualized based on the sounds of the synth. When these animations are projected back onto the instrument, they create an environment of entangled causality in which light and sound are inextricably bound to one another. The sound creates the light, which in turn creates the sound, and on and on it goes. 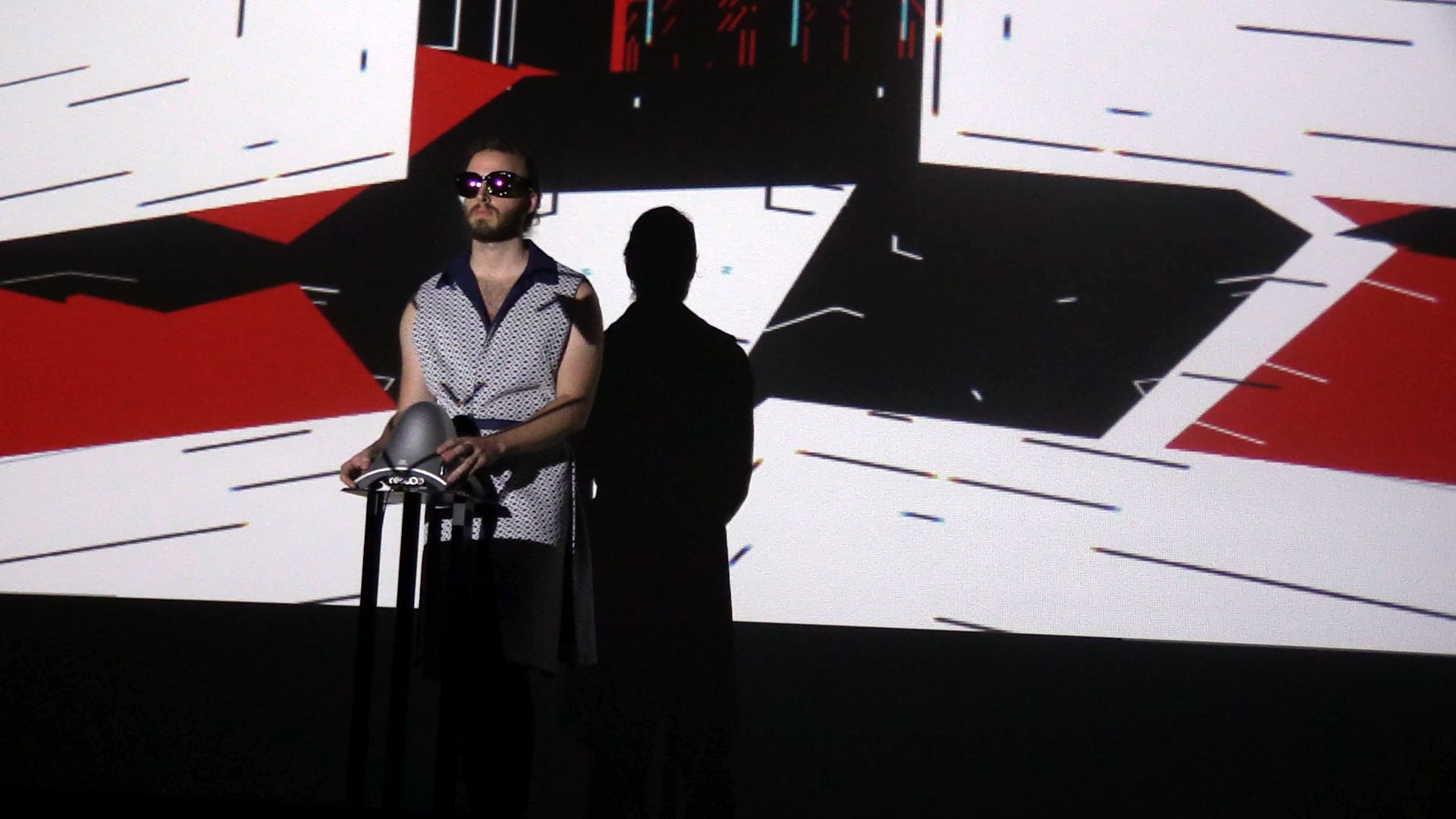 One of my favorite aspects of this feedback system is how the spatial orientation of the instrument helps to determine the sound and light behaviors. While the feedback loop between the instrument and projections can sometimes be quite chaotic, the sound of the instrument is in large part a function of its spatial orientation relative to the projection - and since many of the resulting behaviors repeat for identical positions and rotations, the synth becomes a sort of gestural instrument despite a lack of any accelerometers or similar spatial controllers. Each live performance is a bit of an exercise in learning the audiovisual states associated with different ways of positioning and tweaking the synth, and trying to find interesting paths through the different behaviors. 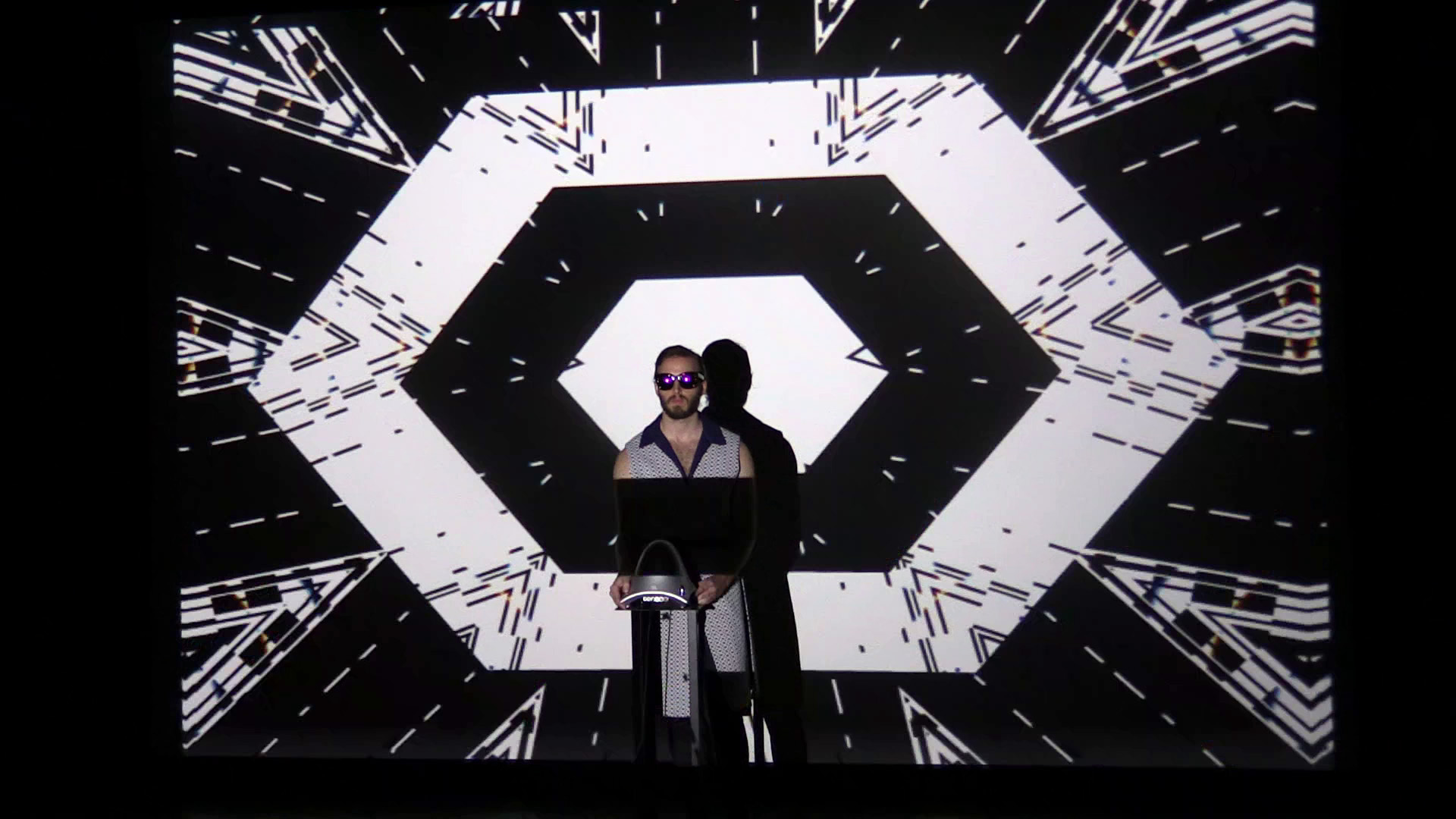 The title comes from the phenomenon in which birds (or fish!) sometimes sing en masse at the break of day. During these events there is a synchronization between light and sound, but its causality is uncertain - are these creatures responding directly to the sun? Is the audiovisual correspondence a tangential coincidence? Or maybe, if we let our imaginations run back to stories and legend, does the song itself bring this about by chasing away the shadows of the night? 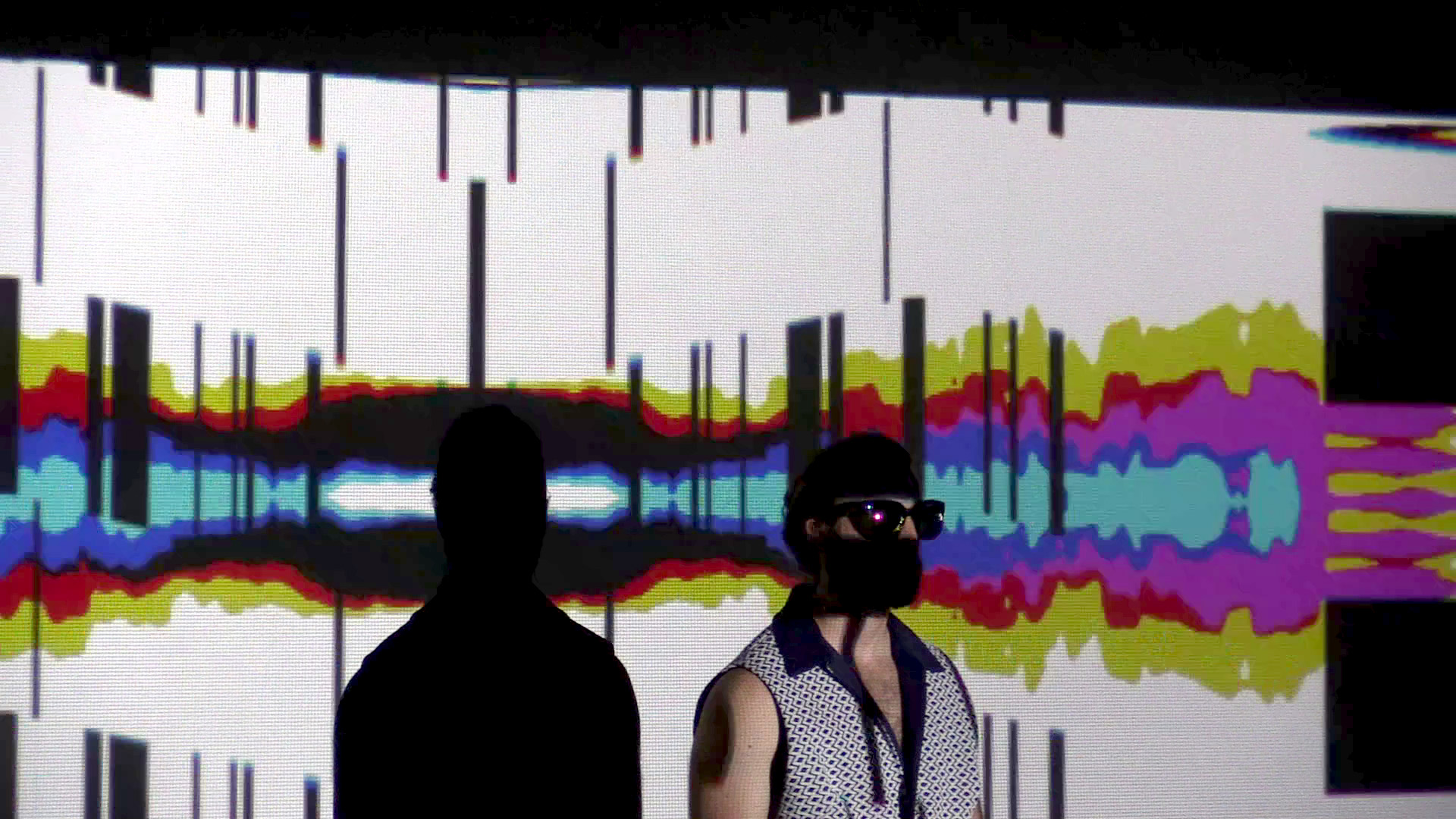 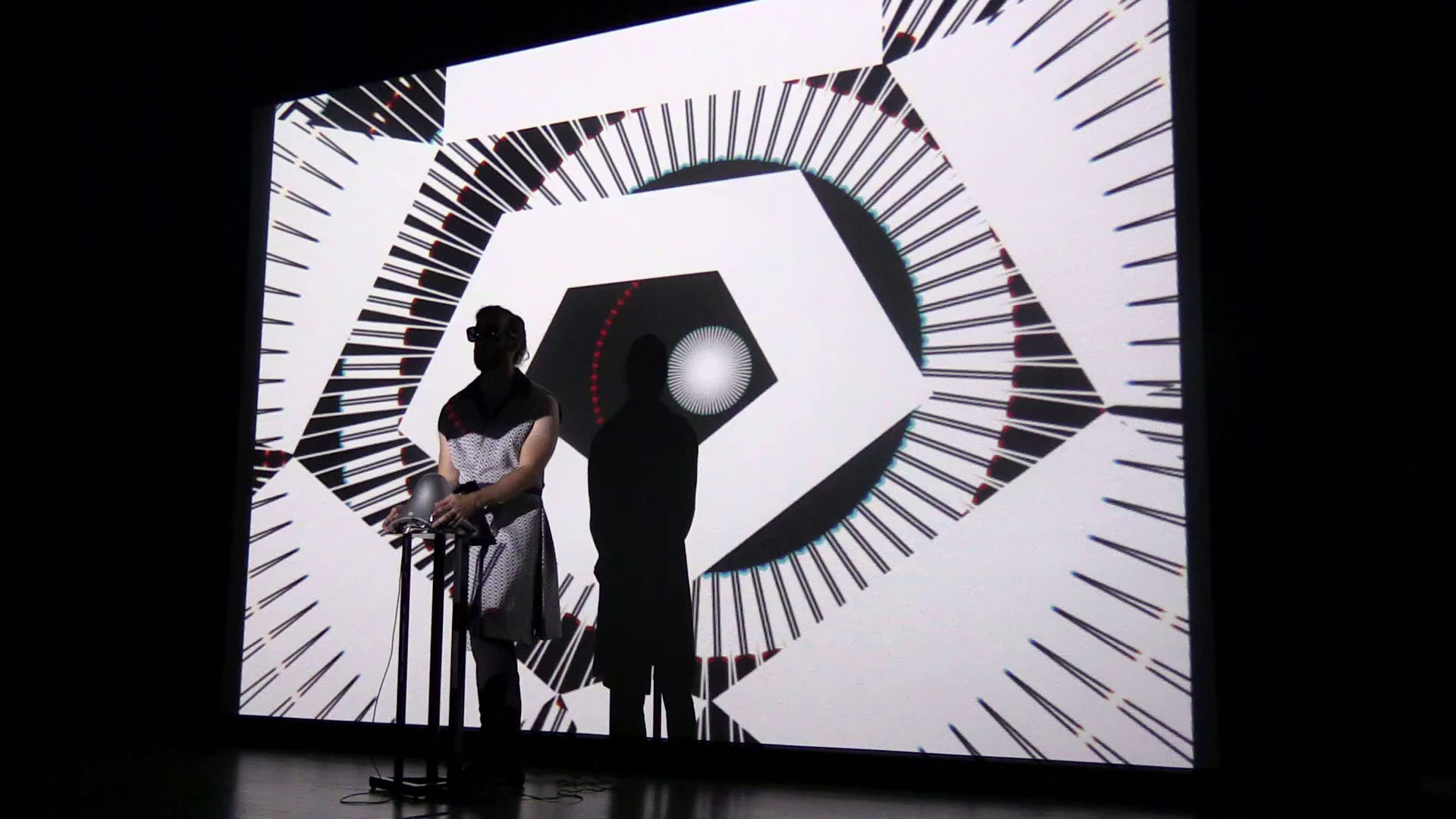 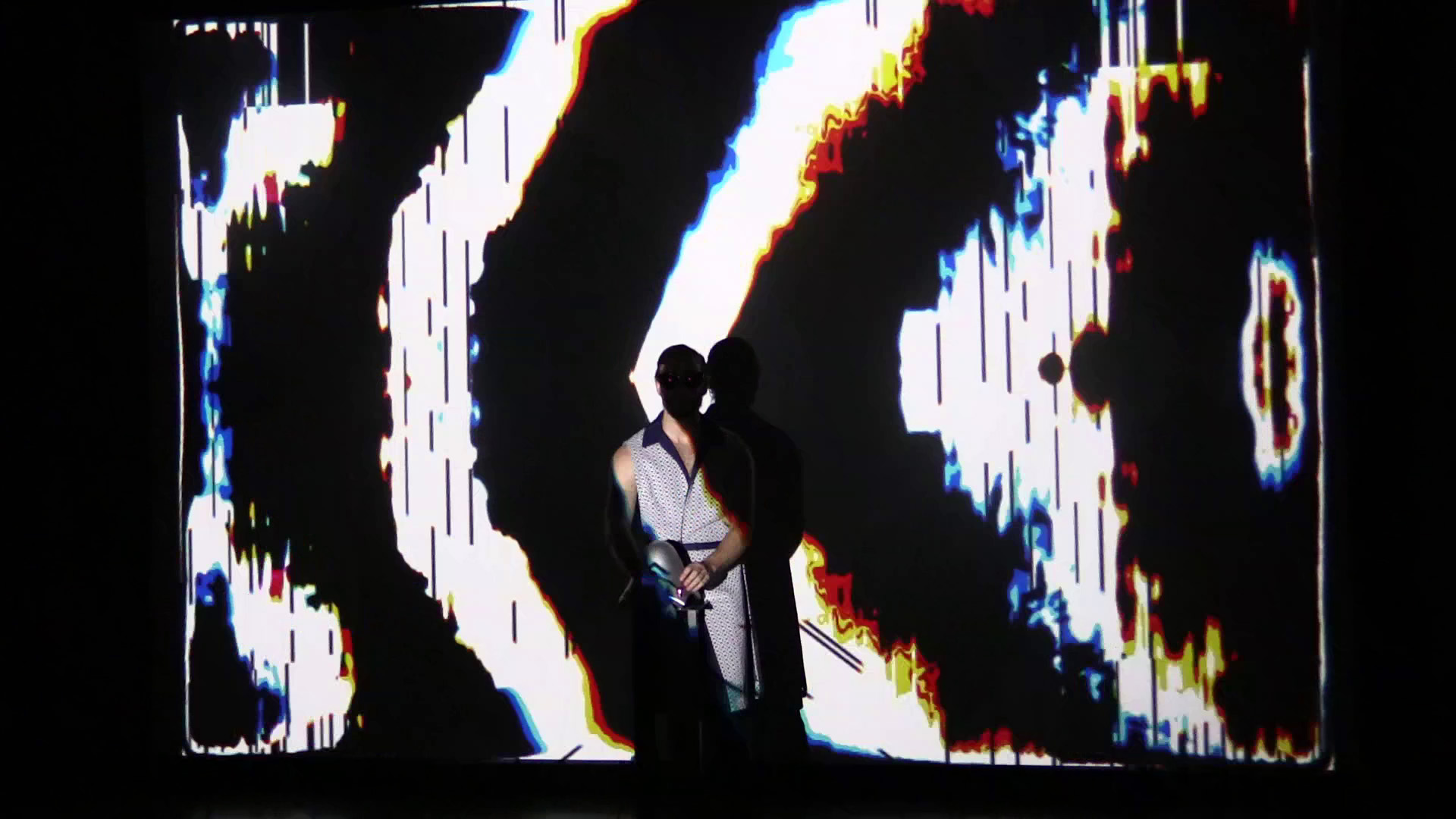