Loup-garou is an audiovisual take on Robert Ashley's 1964 performance piece The Wolfman, in which a diabolical lounge singer serves as a conduit for waves of ear-splitting feedback. Ashley's piece represents one of the first uses of audio feedback in live performance, and its title employs the metaphor of the werewolf to emphasize some of the fundamental aspects of feedback, namely its transformational nature and the violence inherent in its need for extraordinary amplification. Loup-garou builds off the conceptual and material premises established The Wolfman, on the one hand expanding the media of the piece to include video feedback, and also considering how alternative histories of shapeshifting might lead to different understandings and applications of feedback techniques. 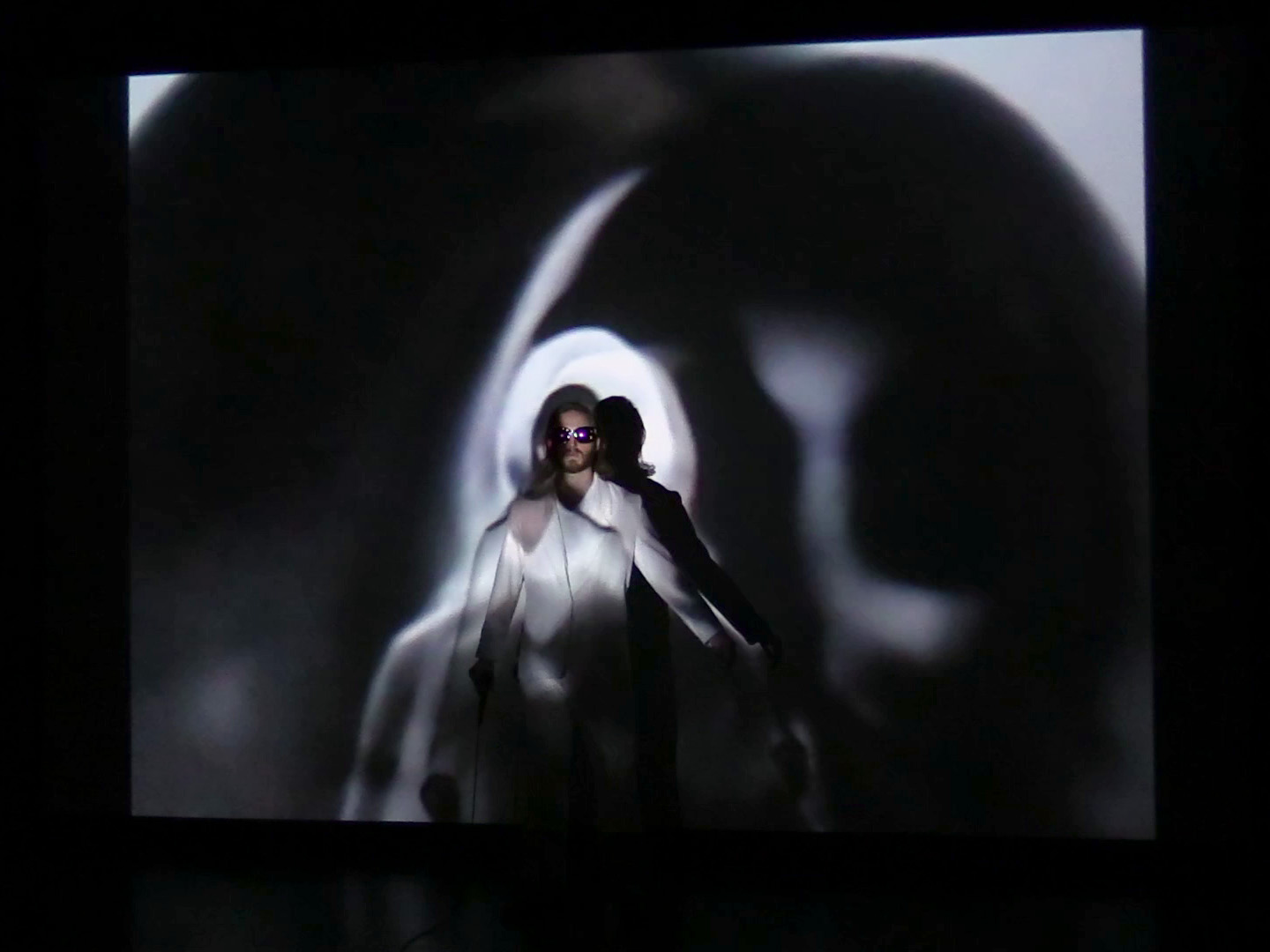 The materials of the piece are entirely derived from live feedback through a microphone and camera. The video loop is created through a webcam and a projection, calibrated in software so the camera feed and projected output are roughly aligned. This alignment leads to an emergent projection mapping in the video signal, since the images of the performer and the stage overlap with the rough positions of their physical counterparts. By changing the processing on the sounds and images over time, the piece moves through different zones of transformation, pushing the audiovisual representations of performer and stage into a variety of metamorphic abstractions. 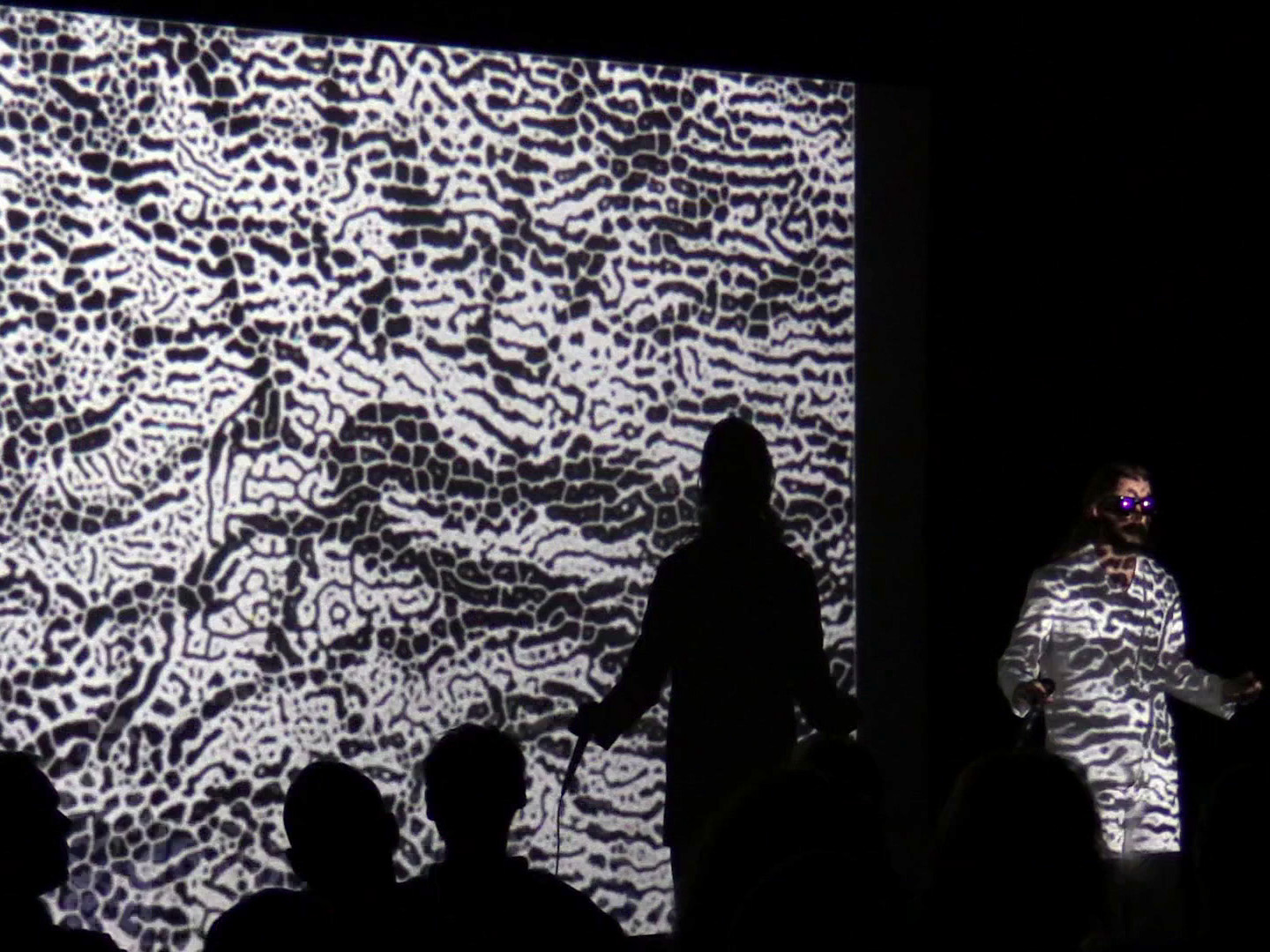 Like The Wolfman, Loup-garou considers shapeshifting as a metaphor for feedback, but instead of focusing on the werewolf it looks towards histories and practices in which shapeshifting is a means of supernatural travel. The werewolf metaphor made particular sense in the context of 1960s rock music, where feedback was not only literally violent (due to the need for high amplification) but also represented a threat to social order in its associations with rock music. These sorts of violent associations don't hold with practices of video feedback, which is more often linked with the creation of fantastical architectures or interstellar journeys (video feedback practitioners often describe their work in terms of steering through the visuals.) Thus it seemed more productive to consider video feedback as an extension of practices in which the transformation of the self (or its incorporeal image) is a step towards accessing supernatural realms. The changes in visual and audio processing in Loup-garou are sequenced to effect such a journey with a range of micro and macro associations, ranging in resemblance from the microscopic and cellular to the astral and cosmic. 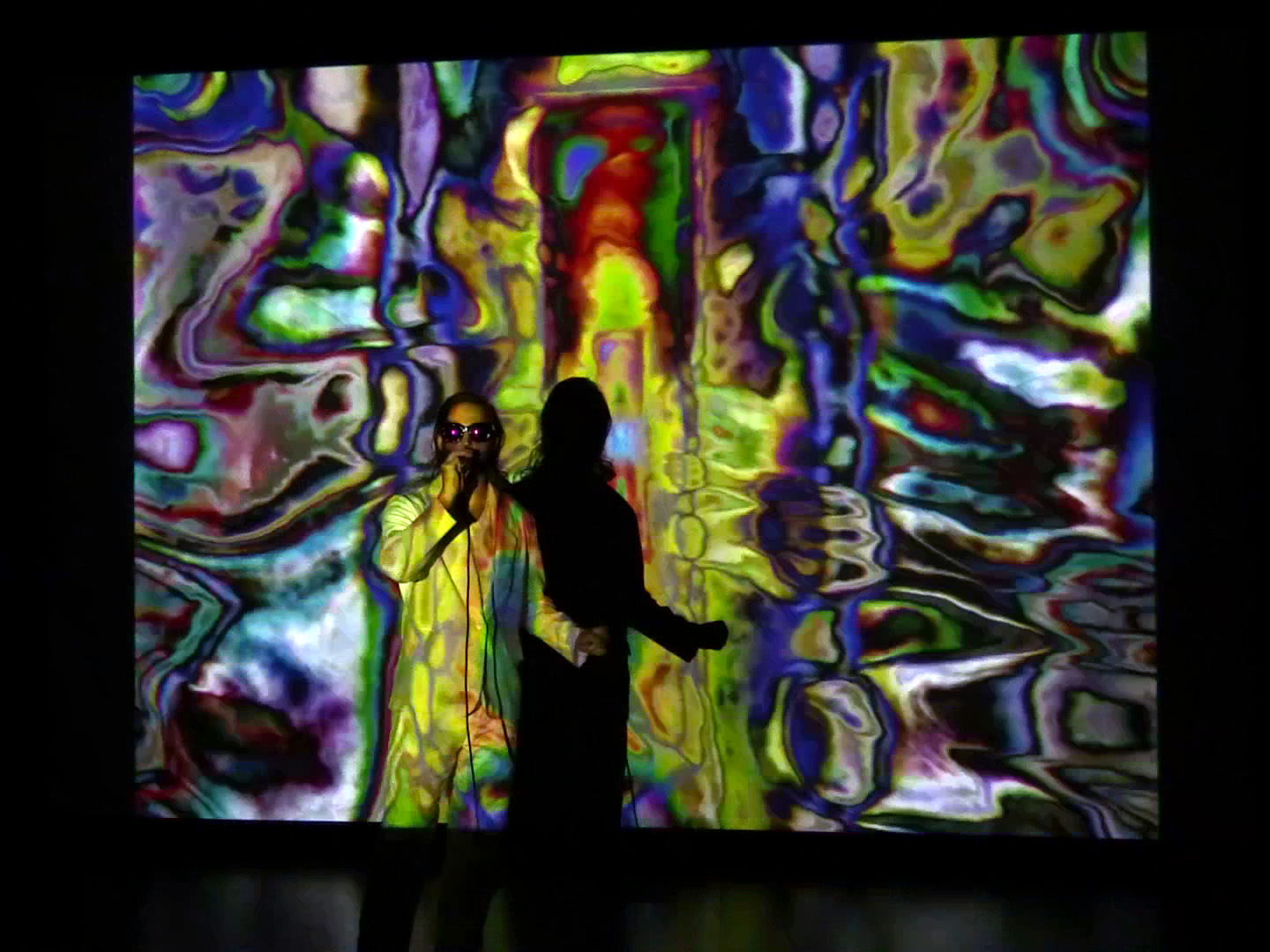 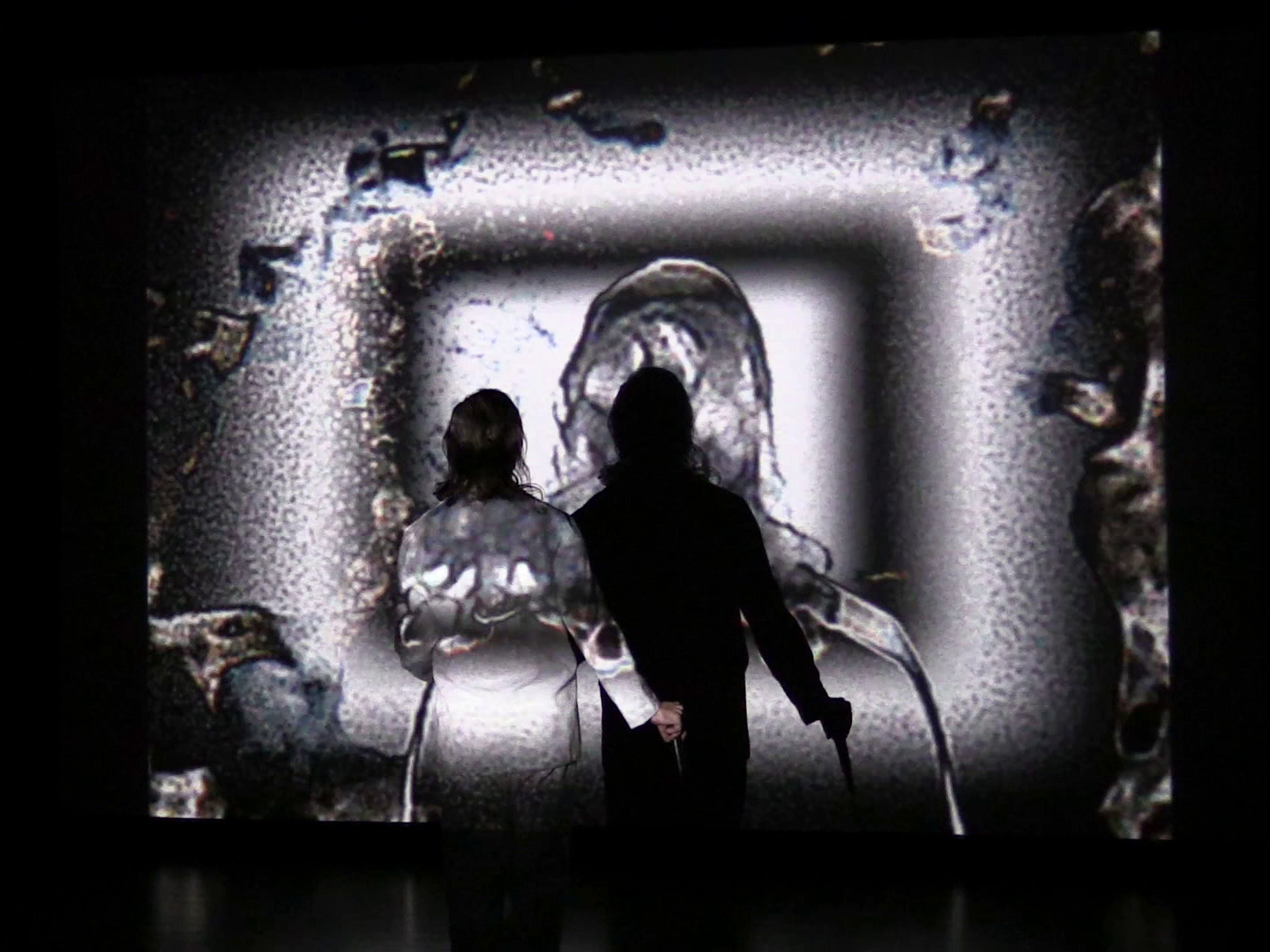 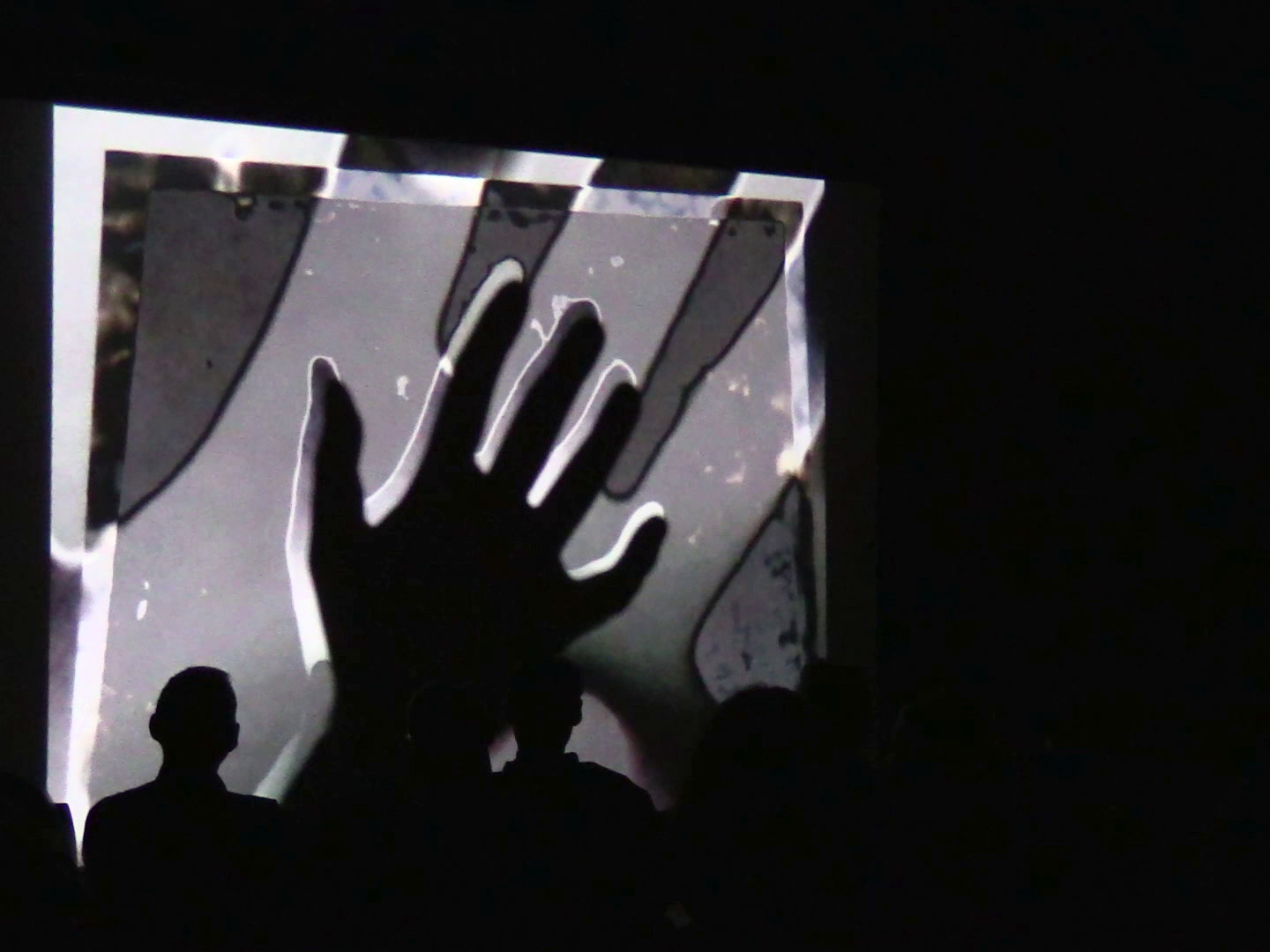 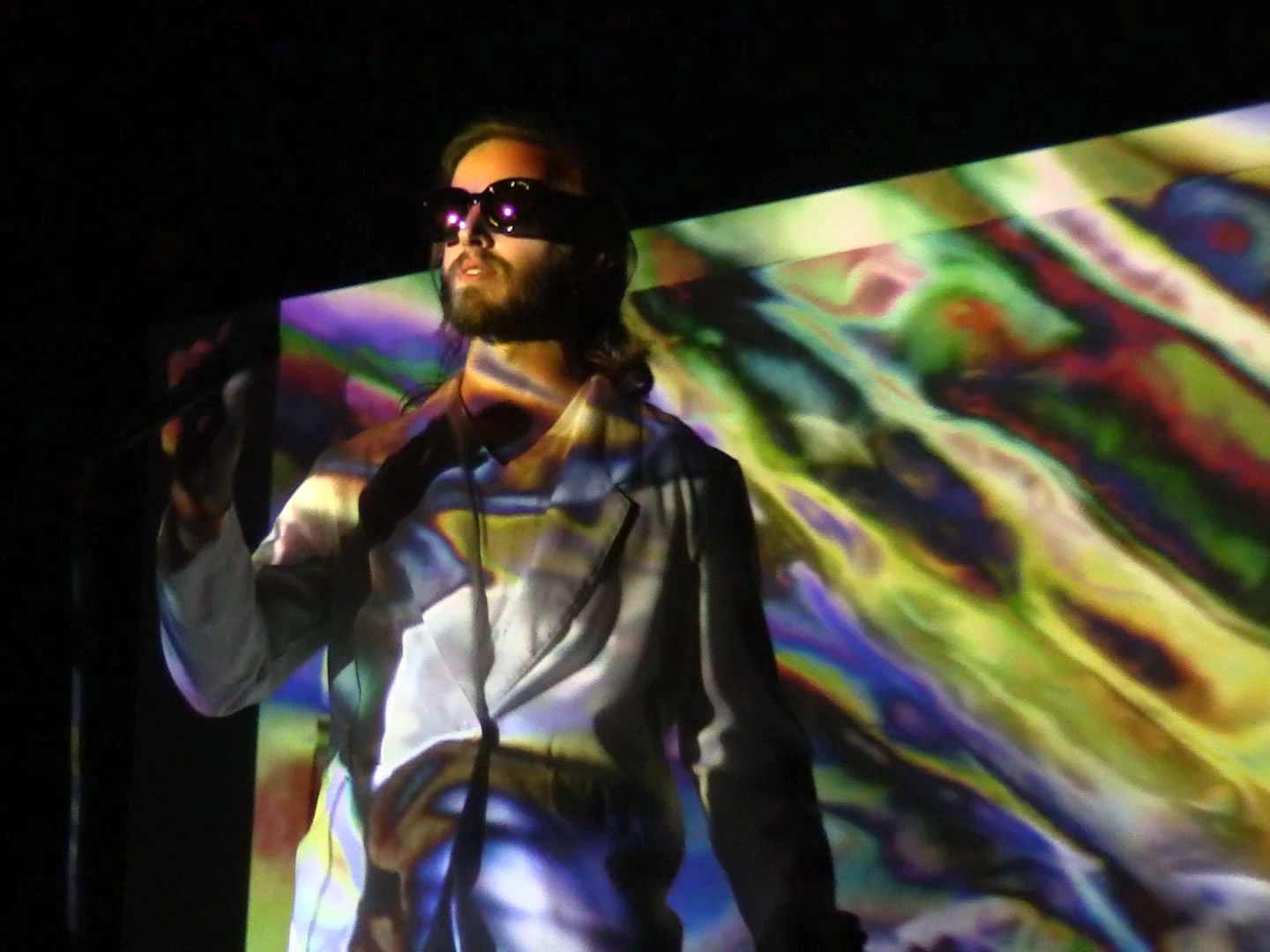