Writing the Arctic is a video installation which concerns reconstructions of past and future timelines through machine vision technologies. The videos in Writing the Arctic are presented in pairs which depict parallel and complementary worlds - one in which polar bears have been erased from the Arctic, and an inverse world which is made entirely from these charismatic megafauna. Constructed algorithmically using Photoshop's object-replacement tools, these videos speculate on uses of technology in imagining possible futures, as well as reconstructing long-extinct pasts.

Each half of one of these paired videos is constructed from the same source footage as its complement, drawing from nature documentary footage as well as digital images scraped from the web. These videos and images were rotoscoped in Photoshop to isolate the bears from the environment, then split via a script into two outputs which respectively contained polar bear and non-polar bear content. The gaps in these images were filled using Photoshop's so-called Content-Aware Fill, a tool which attempts to seamlessly fill a designated part of an image by collaging in parts of the original. When trying to remove the bear, the algorithm pastes in bits of snow or ice or rocks to fill in the holes - but when trying to do the inverse, we arrive in a lush space overlaid in psychedelic patterns of fur and skin.

The empty Arctic half of this project is a somewhat reductive vision of impending environmental crisis. As a symbol of the health of the Arctic itself, the fate of the polar bear is often used to engage interest in fighting climate change, offering a literal object of motivation in contrast to more abstract warnings of long-term warming. When it comes to removing the bears from the picture, Writing the Arctic is simply attempting to render the future that we're asked to imagine for ourselves. Only the flickering artifacts of the content-filling process betray the absence of the bears in this footage.

If these empty Arctic landscapes show a way that machines might imagine the future, the bear-filled worlds look toward the ways that machines might one day reconstruct the past. How will the machines of the future try to help us relate to the creatures, people, things that have disappeared? Likely they will try to learn from our media, much like many machine-learning algorithms today. If in some unlucky future we do find that we remain and the Arctic wildlife does not, our machines might show us their own imaginings of what we've left behind. 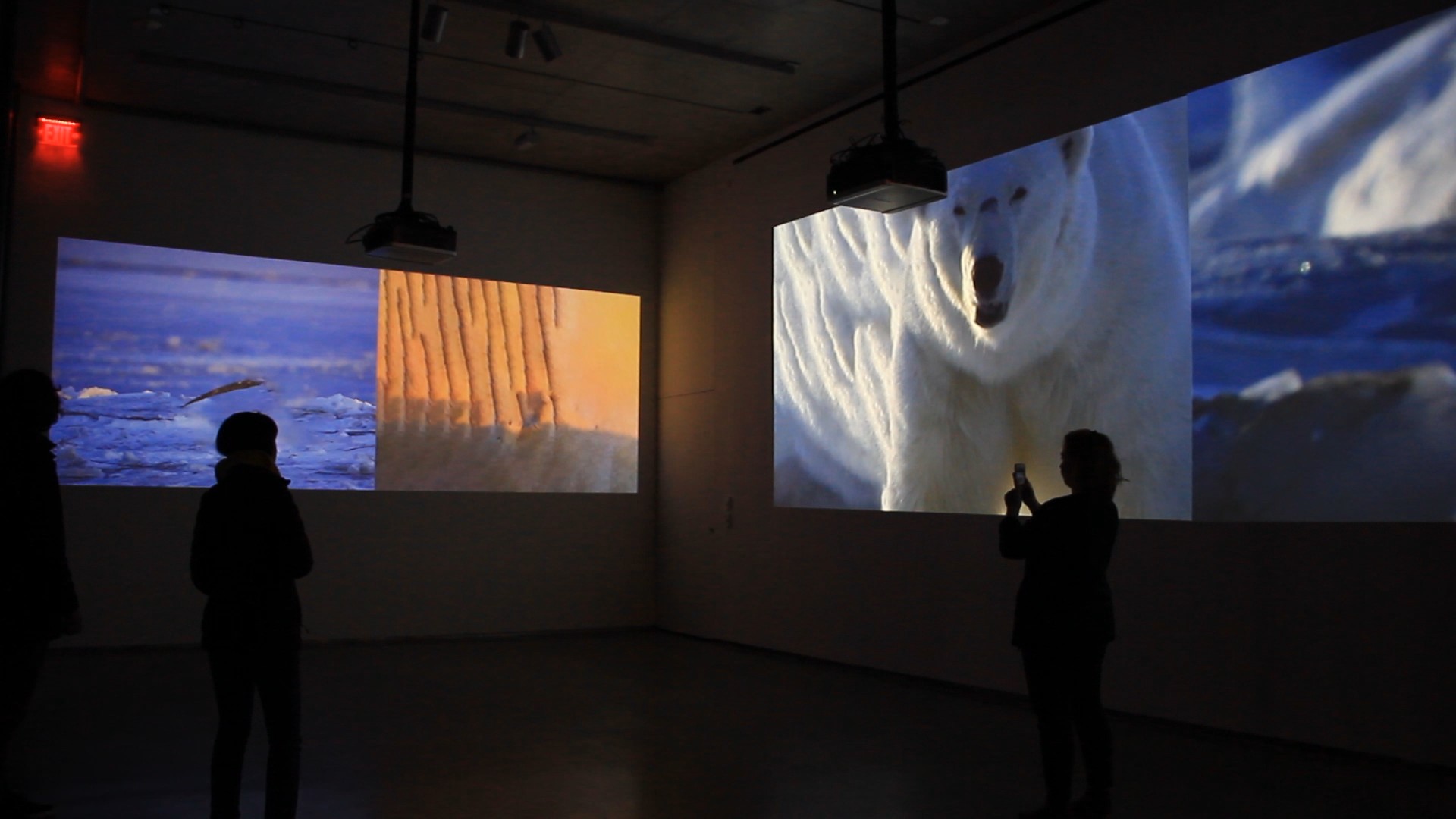